A California groundwater poll released in the midst of severe drought found strong support for better management of the state’s aquifers.

The graphic below summarizes the results of the poll, which found high levels of concern about groundwater. Respondents also endorsed the essence of SGMA, which requires communities to come up with plans for better managing their groundwater basins. Californians were aware of and concerned about the problem. They wanted something done about it. And they wholeheartedly agreed with every element in the proposed groundwater policy. 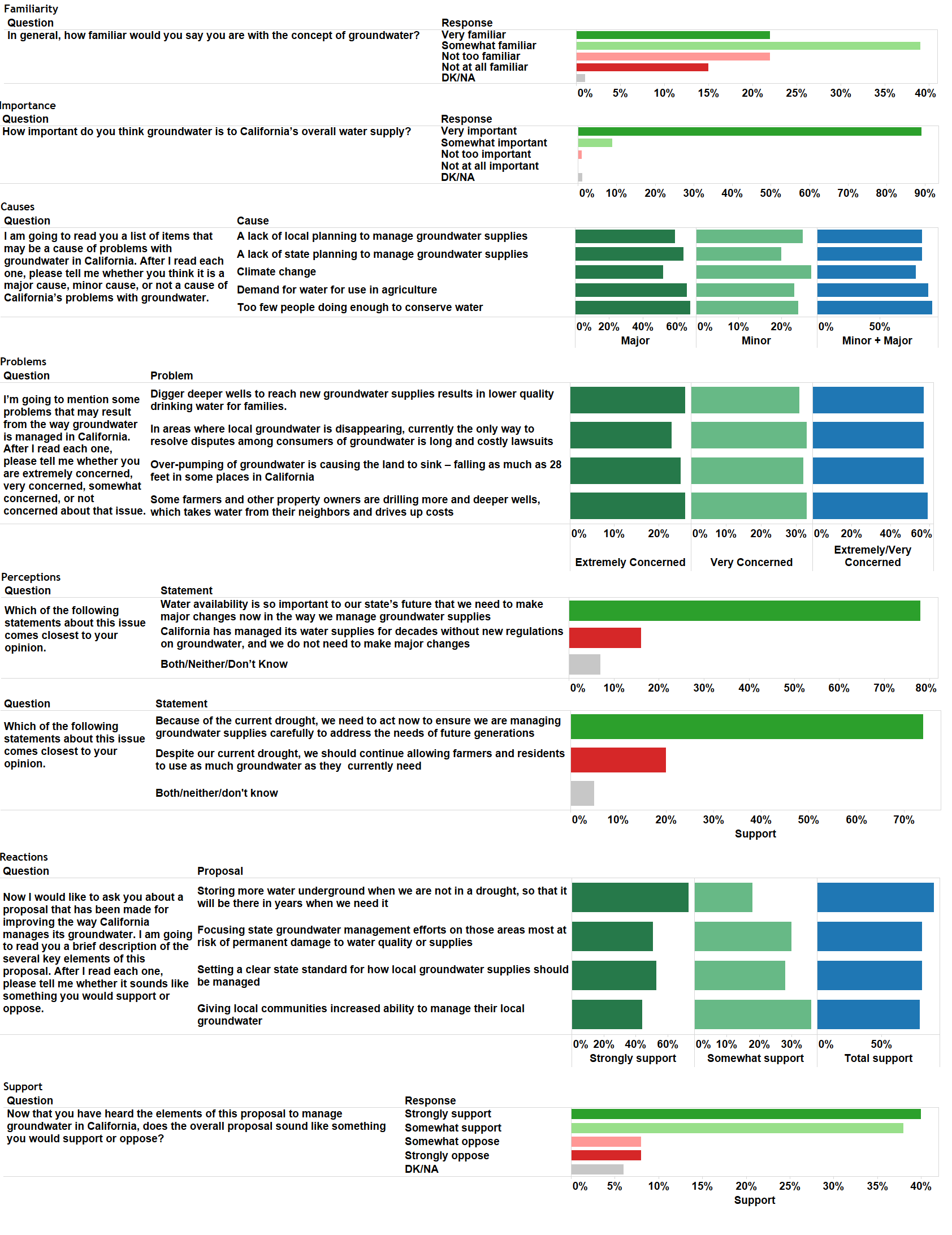 Bipartisan support for action on groundwater

Results from the poll, released through the Groundwater Voices Coalition, gave a boost to the campaign to pass SGMA and demonstrated strong, bipartisan support for addressing California’s overdraft of its groundwater aquifers. Here’s how the coalition framed the results in their press release:

SGMA was signed by Governor Jerry Brown in 2014 and marked a major departure from California’s laissez-faire approach to managing groundwater. I haven’t seen any polling about California groundwater issues since the law was passed, but if any readers have seen new data, please contact me.

Here are some details about how the survey was conducted:

The survey was conducted by the bipartisan research team of Fairbank, Maslin, Maullin, Metz & Associates (D) and Public Opinion Strategies (R). From July 6-9, 2014, they conducted 1,201 telephone interviews with California voters likely to cast ballots in November 2014, on both landline and wireless phones. The survey included 800 interviews with a random statewide sample of voters, and an oversample of 400 voters in the Central Valley; all responses have been statistically weighted to reflect the true geographic distribution of likely voters through the state. The margin of sampling error for the survey is +/- 3.5 percent at the 95 percent confidence level.

For more background on SGMA, check out the state’s website and this handbook from the Water Education Foundation.