“News coverage of the Flint, Michigan lead crisis likely played into the rise of awareness of water quality issues from the news media,” Water Quality Association Executive Director Pauli Undesser said in a press release. “This might have also contributed to the increase in the number of respondents who identified lead as a possible water contaminant.”

In the graphic below (click to enlarge), the yellow bars plot data from the 2017 survey and show a significant uptick in concern about water contaminants. For example, 29% of respondents in 2017 said “I am concerned about whether tap water is safe to drink,” much higher than the 8% to 13% range in the 2011, 2013, and 2015 surveys. Likewise, 26% percent of those surveyed in 2017 said “I am concerned about the health risks associated with tap water,” up from the 7% to 11% range in prior surveys. 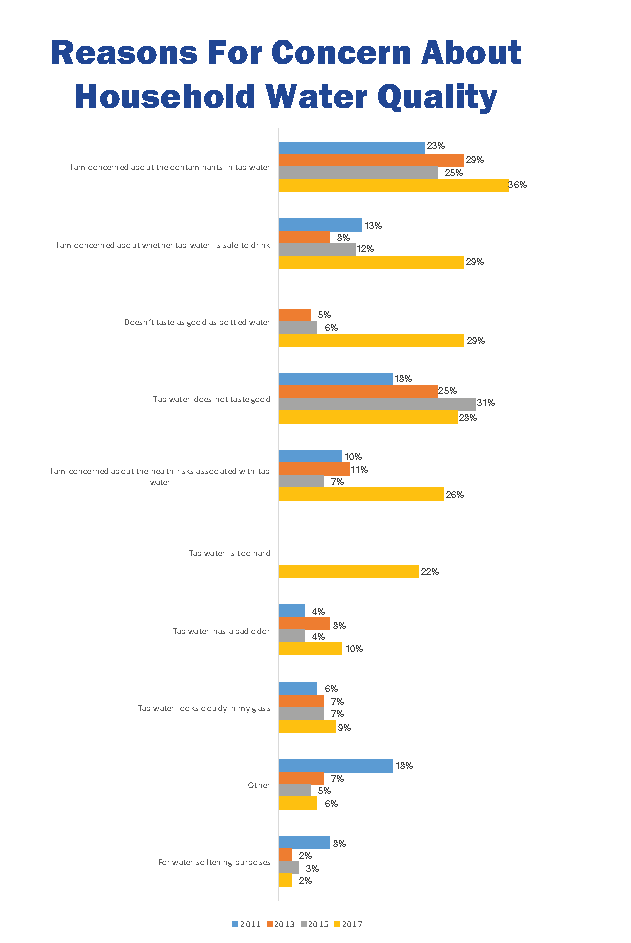 The February 2017 survey, conducted by Applied Research-West, Inc., is based on interviews with 1,711 adults. It has a margin of error of +/- 2.2%. This is the sixth time in 13 years that the Water Quality Association has conducted such a poll. The Water Quality Association is a non-profit that represents the residential, commercial, and industrial water treatment industry.

The graphic above illustrates a sizable, recent shift in opinion. But some of the other data in the Water Quality Association survey revealed less dramatic changes, or even less concern than in prior surveys. The charts below show that the percentage of people who were the most concerned about water quality and contaminants in tap water was even higher in the 2015 survey. 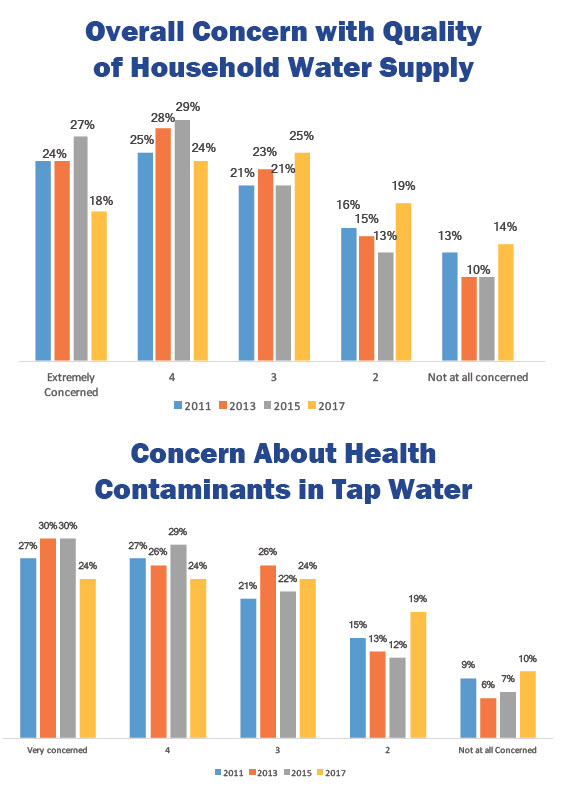 Although year-to-year changes are interesting, I believe the more striking finding is the persistently high levels of concern about the safety of drinking water. Regardless of the year, there weren’t many Americans who said they were “not at all concerned” about their water quality. The graphic below drives home that point: only around half of Americans said their drinking water is “as safe as it should be,” while around 40% percent felt it was not. 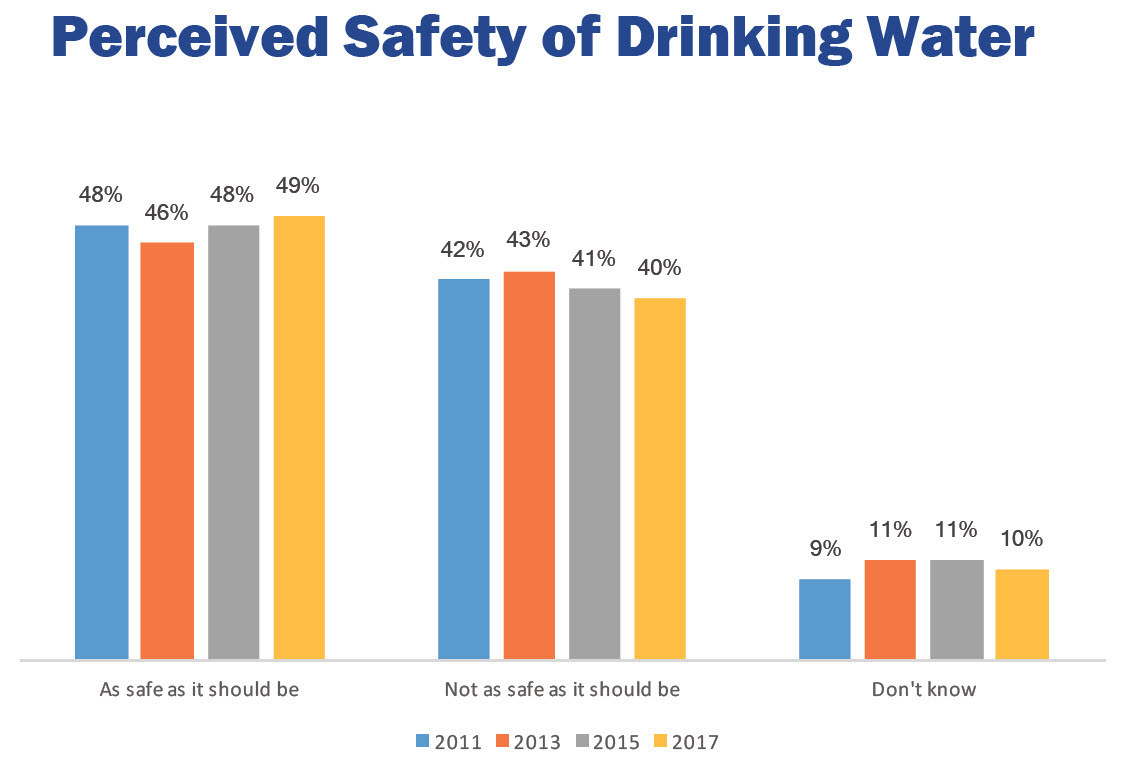 Among the other findings from the survey: