In 2009, a survey of 1,000 people in each of 15 countries found that people around the globe see water as the planet’s biggest environmental problem. Water outranked air pollution, depletion of natural resources, loss of habitat, climate change, and other issues. The Circle of Blue survey, which asked additional questions in Canada, China, India, Mexico, Russia, the United Kingdom and the United States, found that people generally see the government and water companies as most responsible for ensuring clean water.

This survey is a bit outdated, but it also includes some data from prior polls dating back to 1998. Among the countries surveyed, residents of Mexico expressed the most concern about their water, with 92 percent saying fresh water shortages are a very serious problem and 90 percent describing water pollution as a very serious problem. Other nations registered lower levels of concern, but majorities described both the supply and quality of water as very serious problems.

Around the world, people feel its critical to have adequate and affordable drinking water. But they may also feel helpless to ensure their supplies are safe. Across the seven countries, an average of 54 percent of people agreed that “water shortages are such a big problem that there is little individuals can do.” About three-quarters said they “need more information to be able to do more to protect water.”

Below is a gallery with some summary graphics from the survey, which was conducted by GlobeScan. 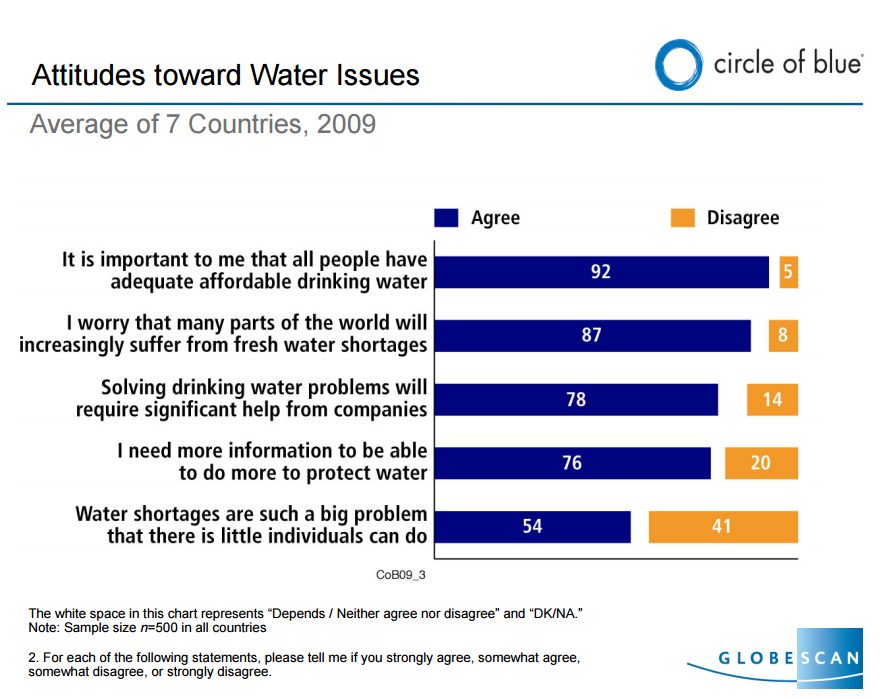 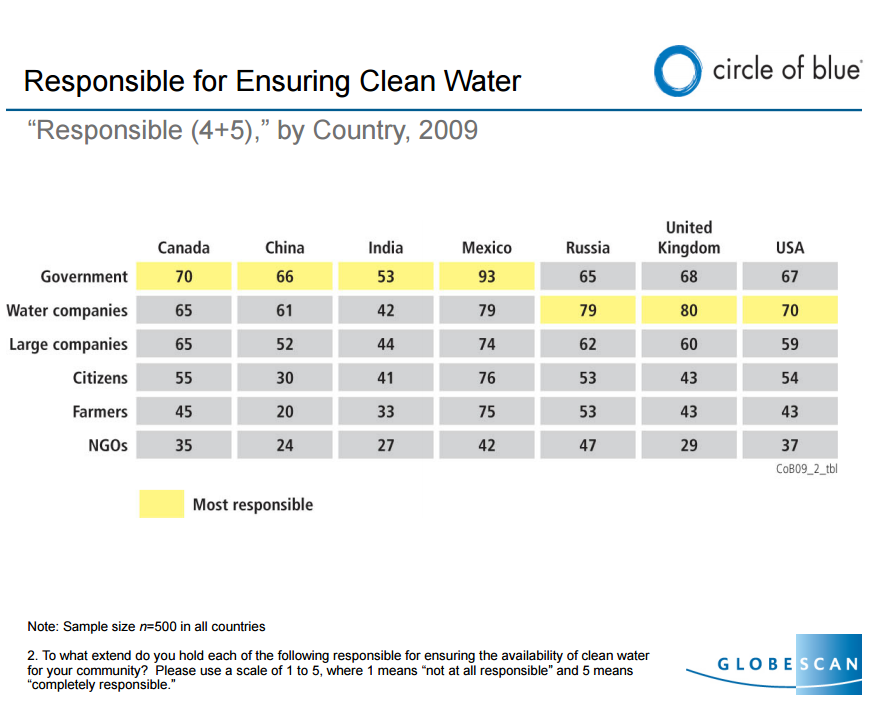 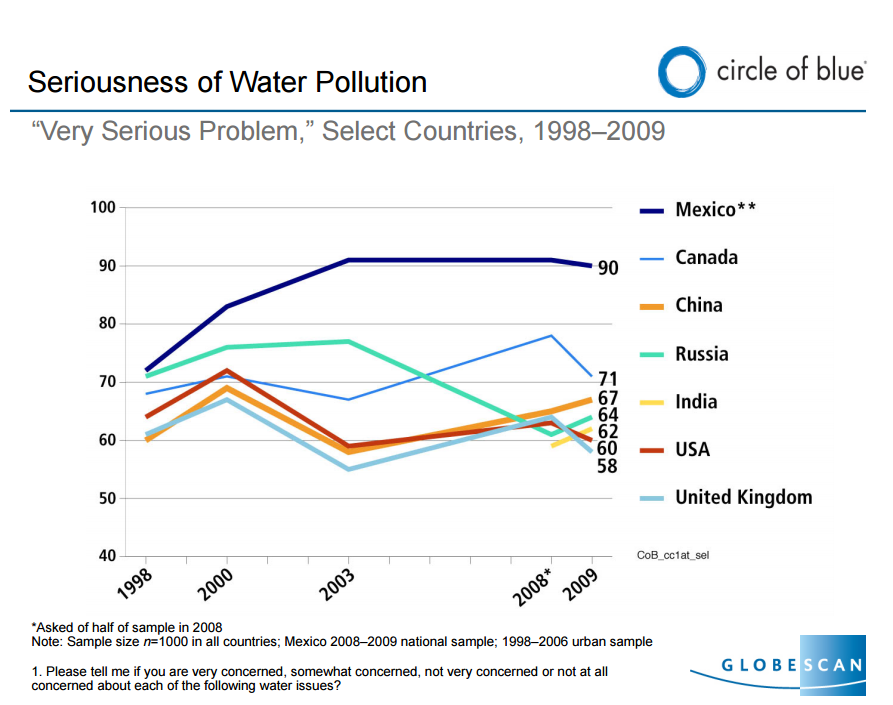 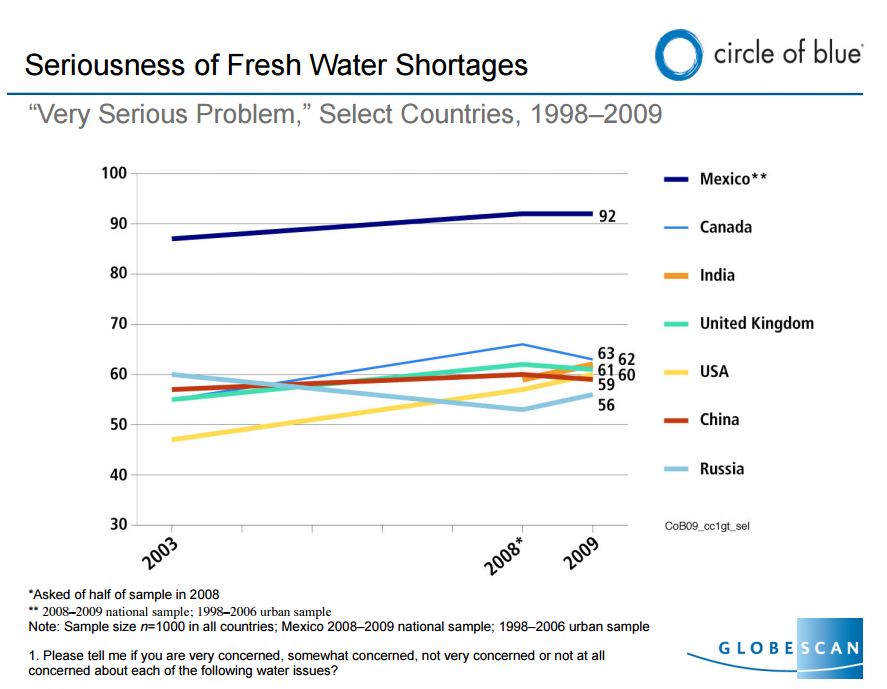 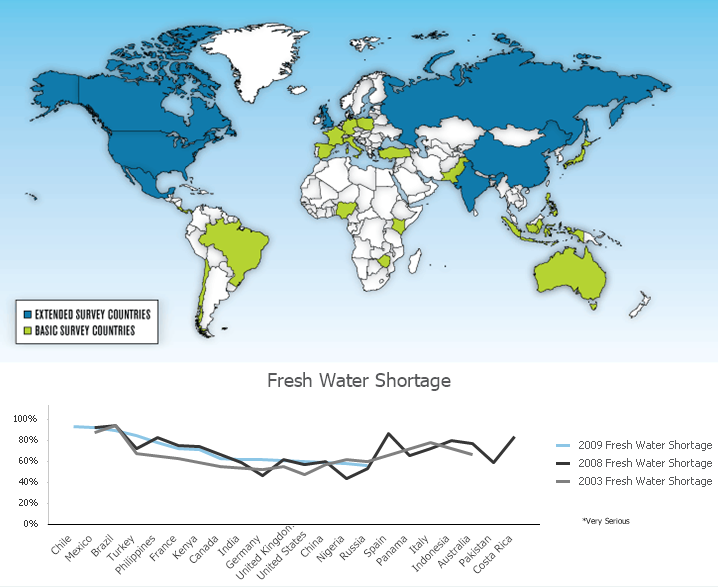 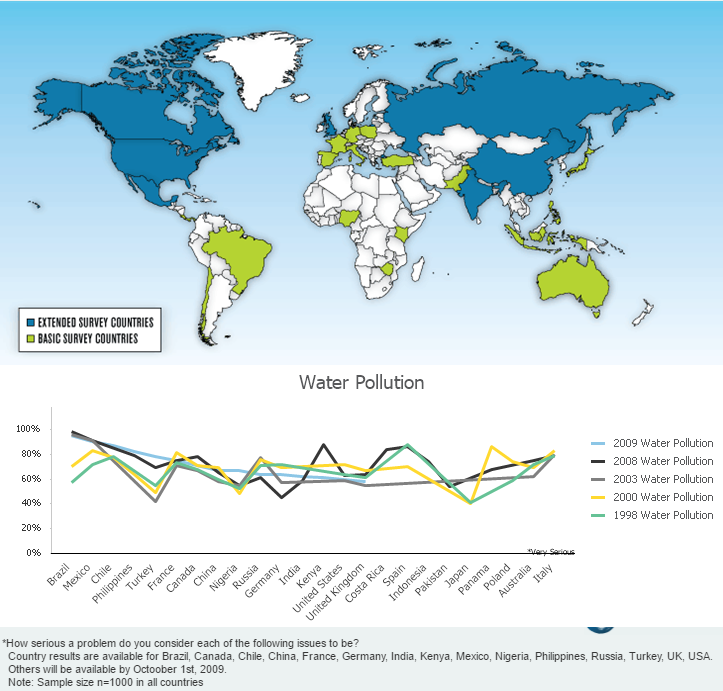