A Value of Water Coalition poll found that Americans are willing to pay more on their water bills if they’re informed about infrastructure issues.

When asked initially if they were willing to pay more, survey respondents were evenly split: 47% in favor and 47% opposed. But after pollsters provided more information about water issues, support for higher water bills increased to 60%. 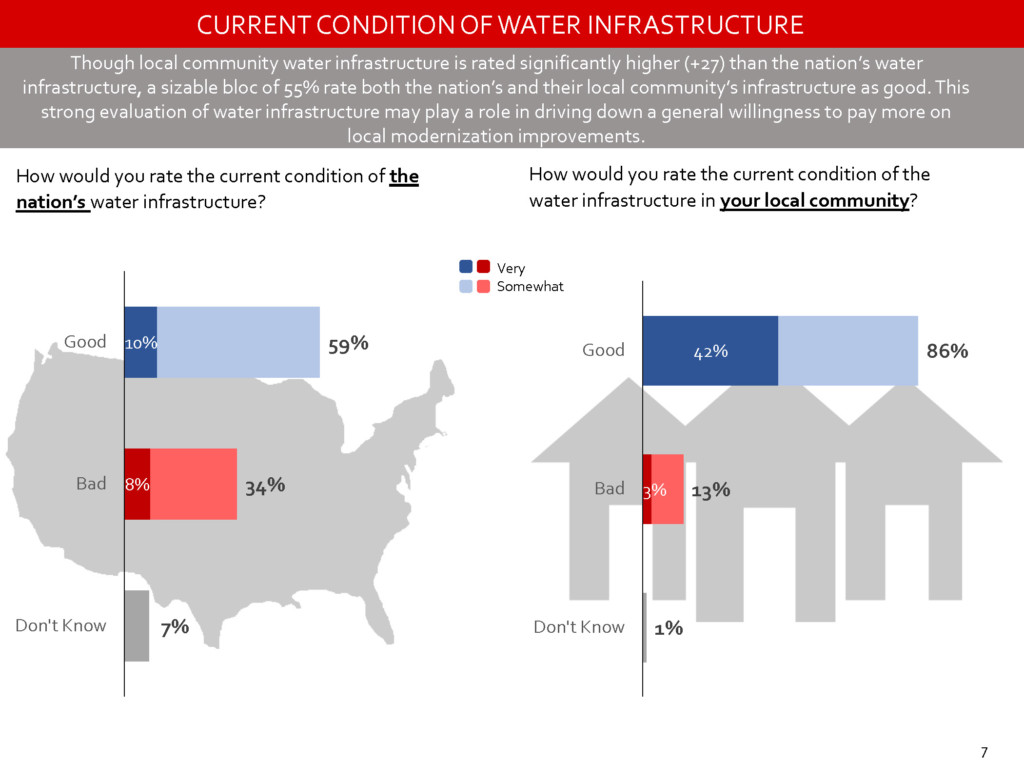 The January 2016 survey was sponsored by the Value of Water Coalition, a initiative of the U.S. Water Alliance. It was conducted by American Viewpoint and Hart Research. The sample size was 1,000 adults and the margin of error was +/- 3.1 percent at 95 percent confidence level.

When asked about the Flint, Michigan water crisis, 95% of respondents said it was important or very important for public officials to invest in water systems so other communities didn’t suffer a repeat of what happened in Flint.

“This is a critical time and important opportunity to have a conversation across the country about the importance of investing in our water systems,” said Radhika Fox, director of the Value of Water Coalition and CEO of the US Water Alliance. “Being able to drink water straight from the tap and knowing that wastewater is safely and responsibly treated are top concerns for Americans. As a nation, we must prioritize investment in our water systems—to maintain high-quality water service today and for future generations.” 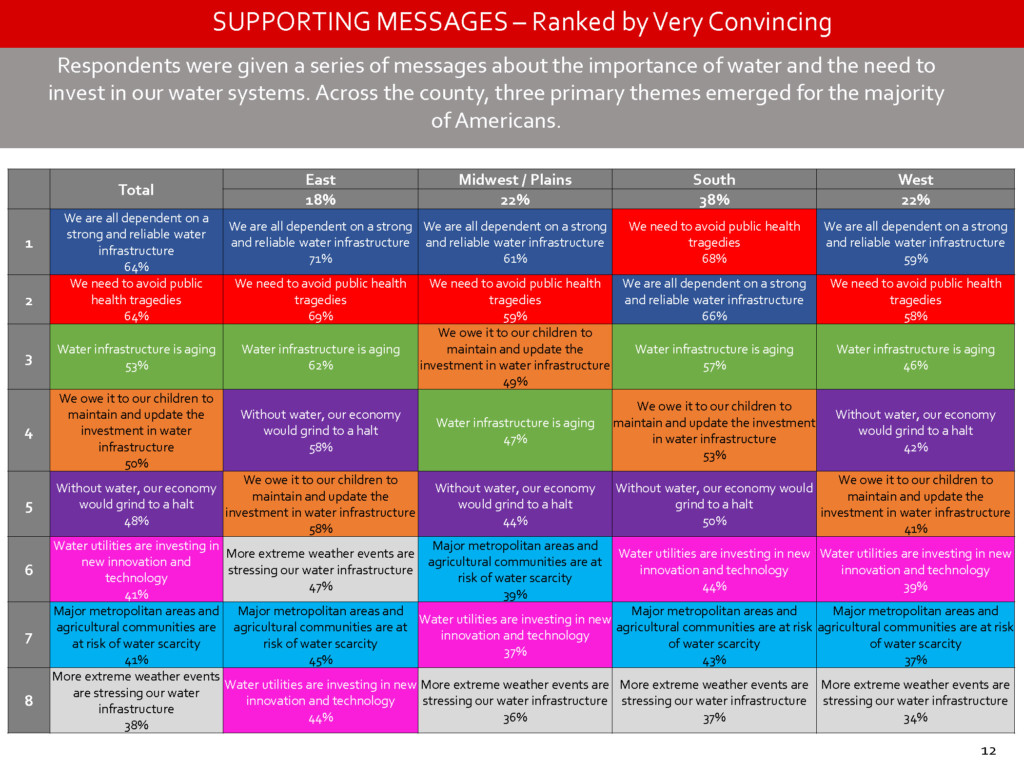 Here’s how the pollsters summarized the findings in four points:

Below is a gallery of slides from the Value of Water Coalition survey. 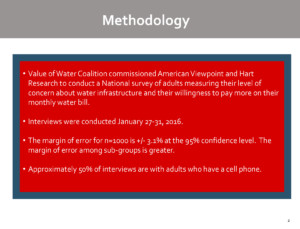 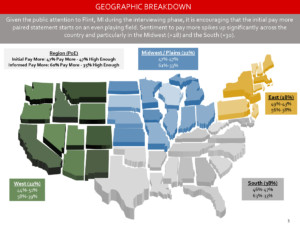 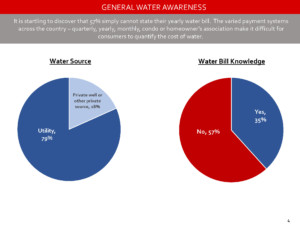 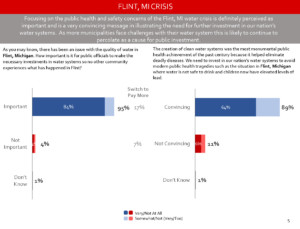 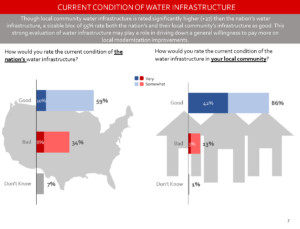 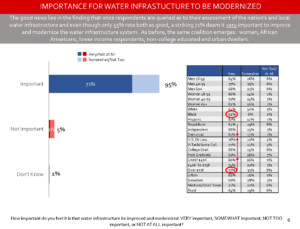 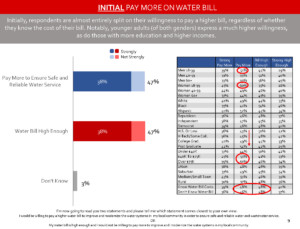 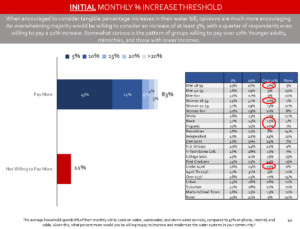 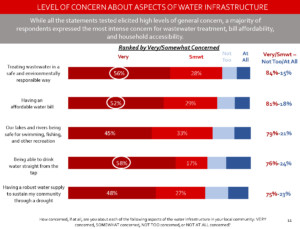 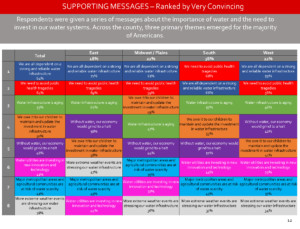 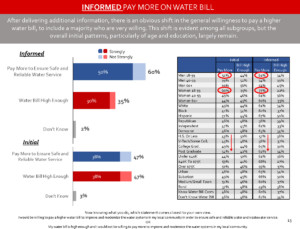 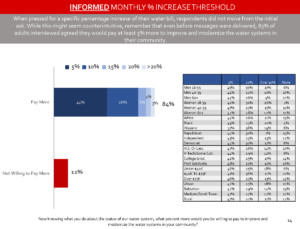 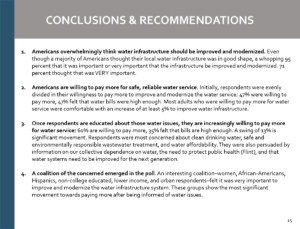