Do the right thing: water conservation as civic duty

Do the right thing: water conservation as civic duty

When I looked through the results of the San Diego County Water Authority’s polling, one finding that jumped out was how many residents see saving water as a civic duty.

The slide below (see our gallery for other images) shows that in 2014 and 2015, more than 80 percent of respondents strongly or moderately agreed that “it is my civic responsibility to use water efficiently.” 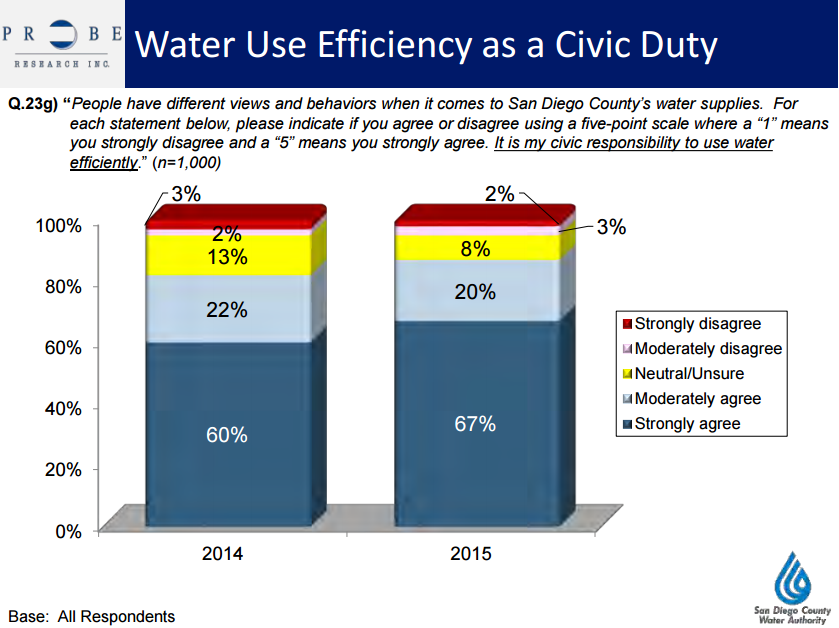 In both years, only 5% percent of people disagreed with the statement.

Doing the “right thing” certainly isn’t the only reason that people conserve water. As shown in the graphic below, saving money and responding to the drought, are other top reasons that people cite. Looking at the list of responses below, I find it interesting that many have a moral element. People say they don’t like to waste and think they should obey pleas from authorities. 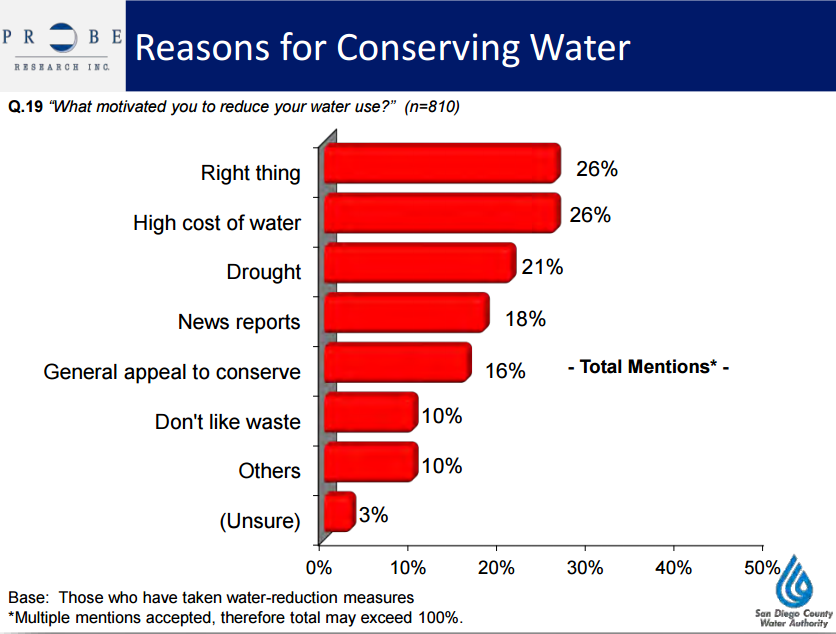 Let’s be clear that this is one poll in one part of California, so I don’t want to go wild with extrapolation. But I suspect that if you asked this question in many other communities, especially in the drier West, you’d also find plenty of people endorsing the view that water conservation is a duty.

We also can’t forget that these surveys were taken during one of the worst drought in centuries. California’s airwaves, billboards, televisions, publications, and other media have been filled with messages urging residents to conserve.

I’d like to come back to this issue with some more data and analysis, perhaps even a comparison to other resource issues. Do Americans also think it’s their civic responsibility to save energy? Drive fuel-efficient vehicles? The answers bear heavily on any communications campaigns or public outreach.