Conservation in the West Poll: worries over water, support for efficiency

Conservation in the West Poll: worries over water, support for efficiency

The State of the Rockies Project’s Conservation in the West Poll provides a detailed portrait of how residents in the intermountain West think about a variety of natural resource issues, including water. This annual poll, conducted since 2011, covers Arizona, Colorado, Montana, Nevada, New Mexico, Utah, and Wyoming, so it complements the California polling conducting by the Public Policy Institute of California.

Although many of the states included in Conservation in the West survey are politically red, concern about water issues remains high, as does support for conservation over augmentation projects.

The gallery below includes some of the water related slides released by the Conservation in the West Poll. 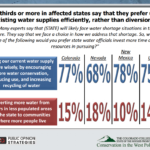 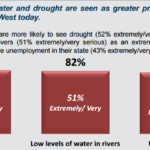 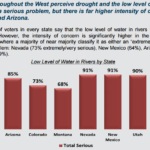 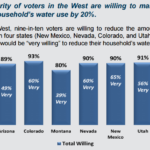 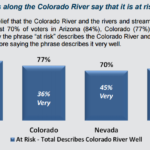