Californians troubled by water and drought

The Public Policy Institute of California regularly polls state residents and sometimes asks them about water issues. Although some questions have only been asked periodically, the PPIC poll results show persistent high levels of concern over the state’s water supply.

California’s record drought vaulted water issues to the top of the state’s political agenda in 2015. But concern has ebbed recently, possibly due to the return of wetter weather. As with other polls, droughts in California have led researchers to ask more questions about water issues during times of greater awareness and concern.

Water and drought top the economy and jobs

In 2015, the epic drought generated an unprecedented finding in California public opinion. For the first time since PPIC has been polling, water issues were the state’s top issue of concern, eclipsing the economy, jobs, and other matters. As shown in the figure below and on our dashboard page, 39% of state residents cited water/drought as the most pressing issue in May 2015, ahead of the jobs and the economy at 20%. This PPIC poll came after the state went through one of its driest winters in centuries. 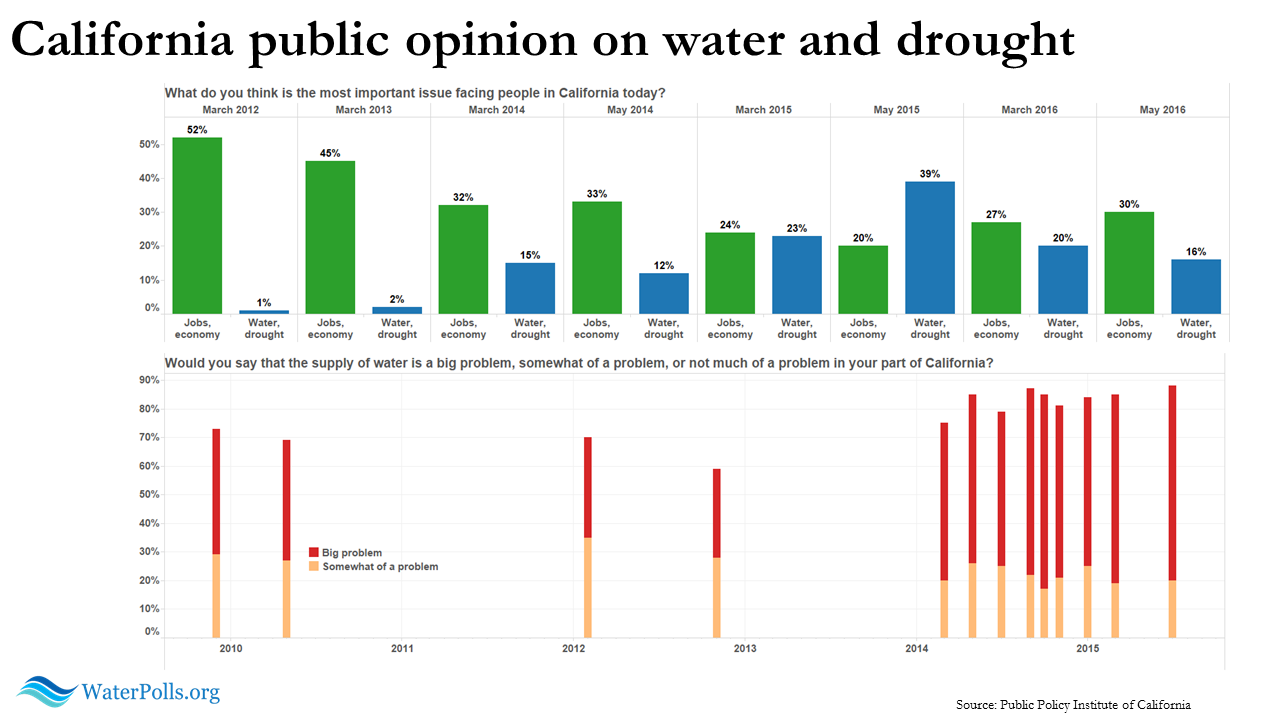 This winter’s El Niño and the return of wetter weather didn’t end the drought. But it has led Californians to be less concerned about water issues. By May 2016, 30% of Californians surveyed cited jobs and the economy as the top issue and 16% said water and the drought. Here’s a graphic from PPIC showing that as concern fell, so did water conservation. 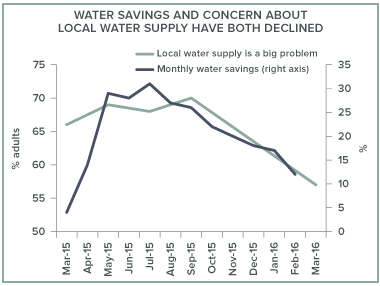 Even before the current drought, Californians were worried about their water. Since 2010, the majority of Californians have described the water supply as “a big problem” or “somewhat of a problem” in their part of the state.